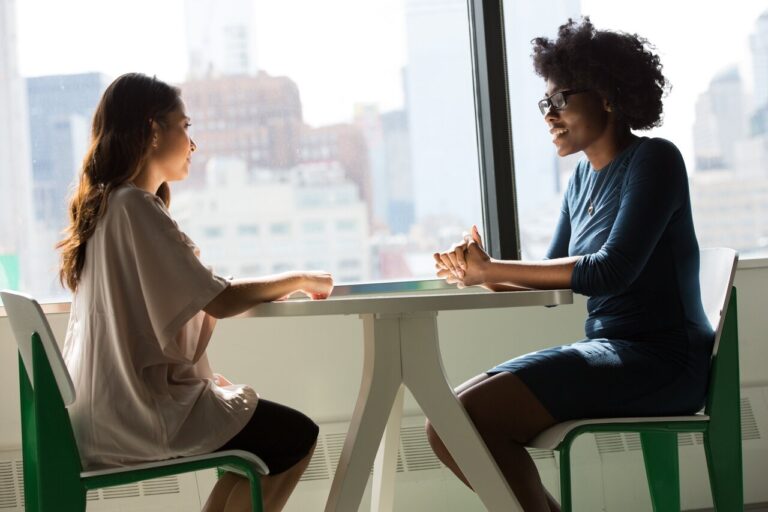 The Stressor for managers and leaders alike

In the coaching work that I do, it is certainly true to say that almost all leaders and managers who I encounter want to create a positive culture for their staff. They want a good team environment.

However, it is also true that the one thing that seems to get in the road and causes leaders and managers the most stress is when they need to have crucial or challenging conversation with their staff where it is important to provide negative or corrective feedback or where there are disagreements or perhaps problems that need to be addressed.

Typically, I find that most leaders simply "hope" that the problem will go away and will privately confide to me that this is certainly what they trust might happen. Unfortunately, that rarely happens. Instead, the problem or issue only gets worse and magnifies over time which has the impact of eroding a positive culture, creating poor morale as well as affecting the reputation of the leader concerned and perhaps also reducing productivity and efficiency.

I'm also acutely aware that most leaders and managers will say to me that they do not know how to start the crucial conversation before launching into delivering any negative feedback. Again, there is a tendency for leaders to tiptoe around the issue and talk about the latest football results, or the weather, or some other current topic. Instead of delivering the feedback or pointing out someone's shortcomings or perhaps identifying poor behaviour, managers typically soft-pedal around the issue essentially trying to avoid offending the staff member. This only serves to undermine the trust in the relationship as well as undermine the leader's reputation for being genuine and authentic.

Not only do they not want to offend people and their team, but at a dynamic level, there is also the sense that they want everyone to like them and everyone to think that they are a good leader. Leadership is not about winning a popularity contest.

Ironically however, failing to provide effective feedback and skirting around issues only means that others (including the so-called offender), see the leader as incompetent or weak and not particularly effective.

Anecdotally, I have also had leaders tell me that as a way of trying to remedy the problem they perhaps thought it would be okay to provide hints to the individual staff member without actually addressing the issue. Otherwise, they may refer the matter to Human Resources to deal with, or they may refer the matter to the Employee Assistance Program.

So how do you communicate in a straightforward genuine manner without creating defensiveness or hostility from the staff member? How can you discuss with the staff member in such a way that you do not intentionally offend them? Professor Kim Cameron in his 2013 book titled, "Practicing Positive Leadership" provided an important distinction.

One of the most important attributes of supportive communication is the ability to be descriptive rather than evaluative in the delivery of the message.

In other words, evaluative communication makes a judgement, provides an opinion, or places a label on individuals or their behaviour. For example, comments such as, "You did it all wrong" or "It's your fault" or "You are ineffective" are all evaluative in style. They do not suspend judgement. They are generally critical and fault finding.

Needless to say, individuals who receive such evaluative statements generally feel attacked and tend to retreat and become defensive or occasionally aggressive or hostile. Naturally enough, they push back and defend themselves by proclaiming that they are not wrong or it was not their fault or that they are very capable as individuals.

In contrast, descriptive comments are more objective in kind and allow the leader to be more congruent and authentic in the delivery of the message. Descriptive communication involves three steps:

Let's take each of these in turn.

Firstly, describe objectively your observation of the event that occurred or the behaviour that you consider needs to be modified. It is important that this description should identify elements of the behaviour that can be confirmed objectively. In other words, you need to be able to see or hear the behaviour. For example, "You have been 15 to 20 minutes late for work each day this week" or "Your report missed the deadline".

Secondly, describe the reactions of yourself or others to the behaviour and describe the consequences of the behaviour. For example, "When you are late to work, it disappoints me that you are not adhering to the team's guidelines and it sends a message to the rest of the team that a lack of punctuality is tolerated and it's probably fair to say, that it's not fair on the rest of the team either who do arrive on time or are early to work" or "Missing the deadline, means that others in your team are now penalised and need to work back in order to compile the data necessary and that certainly is not good for team morale or for effective teams".

Thirdly, suggest a more acceptable alternative or solution unless of course, the staff member can come up with a better solution. This kind of discussion focuses on possible solutions and not on the person and as such, avoids accusations. It also helps the other person save face and avoid feeling personally criticised because the behaviour is not attached to their self-esteem. The discussion preserves self-esteem because it focuses on something that is controllable and upon which both the leader and the staff member can possibly agree. Therefore, the emphasis is on finding a solution that is acceptable to both people rather than figuring out who is right and who is wrong and who should change and who should not.

In short, the three steps of descriptive communication are as follows:

A really good rule of thumb in this area of crucial conversations is to avoid using the word "you" in providing feedback. "You" only serves to target people who then become defensive and naturally want to push back or defend their cause. Instead, using "I" as much as possible is important. As outlined above, the leader targets the behaviour, the event, the consequences and the standard that has not been met as well as focusing on possible solutions.

However, it also really important to state that once a descriptive communication has been delivered that it is important for the leader to stop and listen intently to what the staff member has to say. If the leader is not able to effectively listen, then the communication exercise for crucial conversations will be greatly diminished. Effective listening is not something that leaders typically do well. This is one of the reasons why I authored the book, "Listen Up Now" (www.ListenUpNow.com.au) for business leaders.

Dr Darryl Cross is a clinical and organisational psychologist as well as a credentialed executive and career coach and an accredited family business advisor. He is also an author, facilitator, international speaker and university lecturer. Dr Darryl assists people to find their strengths, fulfill their potential and reach their goals. He works with businesses to facilitate communication and create positive cultures. Further information on Dr Darryl can be seen at www.DrDarryl.com and www.LeadershipCoaching.com.au and he can be contacted at darryl@crossways.com.au