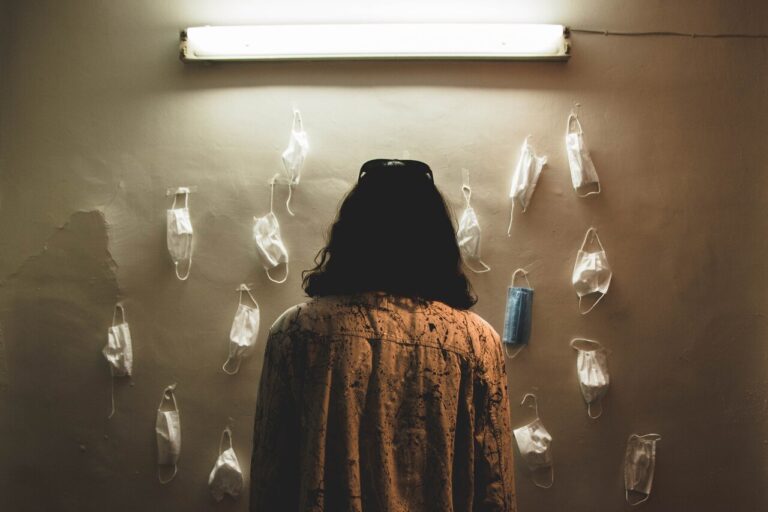 Every major traumatic event has a tail. It doesn’t matter if it’s a bushfire, an earthquake, a terrorist attack or a flood for example, they all leave a tail. What does that actually mean?

What this says is that during a major trauma, there is a peak in the trauma cycle. The bushfire rages, the flood hits its peak level, the earthquake reaches its magnitude, the terrorism act occurs, the nuclear accident happens, the tsunami rolls in and the cyclone sweeps across a region.

Both during the crisis and immediately after the initial trauma and crisis has subsided, individuals rise to the occasion. People act. There is a sense of altruism and adrenalin which often takes over with people behaving in rescues and ways which ordinarily they probably wouldn’t. People become heroic. People pull together. People help each other. There is a peak of action and momentum.

The media covers all these activities as well as acts of heroism and tales of bravery and sacrifice. The media also covers what people have lost. There are pictures of the devastation, tales of loss and grief; properties destroyed, possessions gone and sadly, lives lost.

Before long, and maybe within days or within a week, the reporting and the cameras turn to other events in other settings and the news of the day shifts to other matters and events. But what is the aftermath? What happens beyond the trauma?

Critical research by Zunin and Myers (as cited in the 2000 manual by DJ Wolfe titled, “Training Manual for Mental Health and Human Service Workers in Major Disasters”) which has been substantiated over the last 20 years, indicates that we need to understand that while the trauma itself is devastating, there is a prolonged period that goes well beyond the initial event which shows that people struggle over a prolonged period of time for at least a year or more and beyond.

Unfortunately, the media rarely reports on these extended periods following a crisis. These are stories of people coming to terms with their loss, of people struggling to recover, of people experiencing extreme hardship financially, of people trying to rebuild or re-establish themselves and of people just not coping mentally or emotionally. Apparently, it is just not newsworthy. However, the impact beyond the crisis is just as severe as the crisis itself and the fact that it is so prolonged can be scarring for individuals, for groups, for families and for communities.

Although this modelling by Zunin and Myers applies to frontline workers, the nature of this current COVIV-19 pandemic means that it is just not frontline staff who are exposed to the nature of this particular trauma. In short, everyone to some degree, including leaders and managers have been in the “frontline”.

There is no doubt that 2020 was a tumultuous year. Leaders and managers alike encountered unheralded headwinds and storms that meant many were fighting for survival. There were no rulebooks or manuals for a worldwide pandemic. This wasn’t a subject in the MBA course or the executive program that some leaders might have undertaken previously. This was like nothing that anyone had ever experienced before.

Leaders experienced a range of emotions from initial concern to acute anxiety and sometimes panic. There were periods of confusion, uncertainty and at times desperation. At times, leaders felt angry and betrayed. Some leaders have told me that initially they were in shock and they felt numb unable to make a decision or know what to do. Many just wanted to give up; it was just too hard. Many leaders and managers didn’t think that they would make it through, and unfortunately, some didn’t, and their businesses collapsed (and some are still collapsing).

Although frontline workers were (and still are) at the leading edge of dealing with this pandemic, there is a sense as mooted above, that all of us have been exposed in some way to this virus which is seen as life-threatening.

What this means therefore, is that leaders and managers were exposed to a crisis that few had ever envisaged, and the overall impact has not only been devastating to many businesses, but has been emotionally and physically debilitating and draining.

Interestingly, the executives and leaders and others that I coach were all hanging out for Christmas 2020 to say goodbye to the year that was with a hope that 2021 would bring about a more positive life, a healthier life, and a more productive life. What occurred on 1 January, 2021 however, was simply a change of date and the issues of 2020 continued and did not diminish in the way that might have been expected.

The Christmas holidays therefore, particularly for those in the southern hemisphere where normally it is an extended break of perhaps two to four weeks, did not bring about the relief and the refreshment or revitalisation that most leaders and managers would typically expect from the Christmas holiday period. Instead, leaders have commented to me that they have returned to the workplace flat, fatigued, discouraged and with little energy. Comments have been made such as, “There is nothing left in the tank”, “My batteries are flat”, “I don’t really want to come to work”
and “I’m dragging myself around here”.

What needs to be recognised therefore, is that this is entirely consistent with what can be expected following a trauma or crisis and that this “tail” of low energy, and at times disillusionment, can occur for more than a year.

My own observations as a clinical and organisational psychologist is that it takes around 2 to 4 years to recover from a trauma or crisis. Given that all of us have been frontline in a sense, what does this mean then for COVID-19?

Leaders therefore need to understand that their own feelings of being flat and perhaps disengaged are entirely natural. It is important that leaders and managers do not beat up on themselves or consider somehow that they are weak or not up to the task. Instead, leaders need to understand the nature of a crisis with its prolonged trajectory over time and the way in which it impacts emotions and mental health well beyond the crisis or trauma is completely natural.

What this means therefore, is that they should seek an alternative track and direction to ensure they look after their own physical and mental health as well as the health of their direct reports and their staff in general. One Chief Executive Officer for example, confided to me that when they usually came back from Christmas leave, they might be somewhat “rusty” for the first week or so, but they were surprised that after three weeks they were still struggling with low energy. They were also feeling dis-connected from their spouse and children. Interestingly, their executive staff reported similar feelings and emotions. Following a coaching session, the CEO resolved to put on hold particular projects, and instead, look to see how the organisation could consolidate rather than push ahead with new endeavours.

Overall, it needs to be clearly understood that once the crisis or trauma is over, it is not over.

Leaders need to recognise that it is okay to feel lethargic and fatigued given the circumstances of a pandemic, and that ultimately, it is not simply a case of pushing on and showing a stiff upper lip, but more importantly, showing some vulnerability in working out with their team and their staff how they can start to look after themselves and each other. This pandemic has a tail and it needs to be recognised that it’s a long tail and one that won’t go away quickly.

Dr Darryl Cross is a clinical and organisational psychologist as well as a credentialed executive and career coach. He is also an author, facilitator, international speaker and university lecturer. Dr Darryl assists people to find their strengths and reach their goals. He works with businesses to facilitate communication and create positive cultures. Further information on Dr Darryl can be seen at www.DrDarryl.com and www.LeadershipCoaching.com.au and he can be contacted at darryl@crossways.com.au