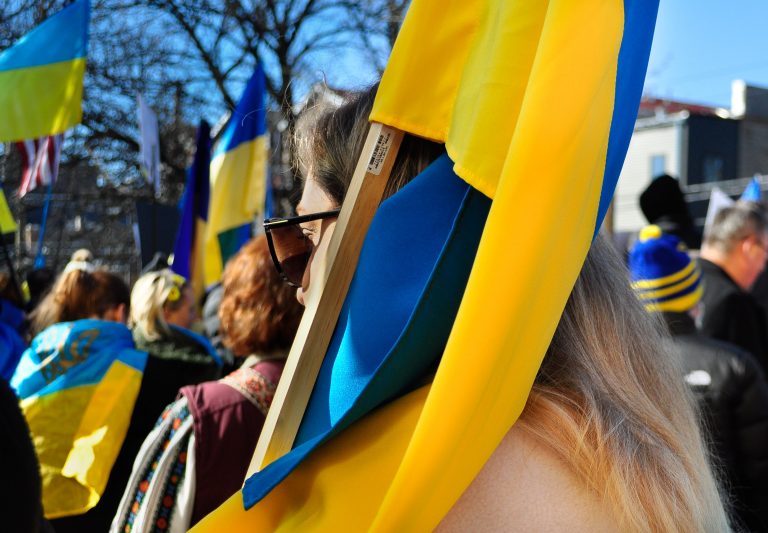 As we continue to grieve and pray for the people of Ukraine, how can our Christian faith sustain us whilst the war rages on?

"Jesus predicted that wars, natural disasters and pandemics would continue for as long as Earth exists. This more realistic assessment of the world in which we live offers a genuine platform from which to build comfort and hope."

Written by a Pastor who has spent many years serving in Asia.

"“Wars and pandemics will always be with us”…….. Jesus

Jesus predicted that wars, natural disasters and pandemics would continue for as long as Earth exists. This more realistic assessment of the world in which we live offers a genuine platform from which to build comfort and hope.

I was reminded of this by a Ukrainian friend of mine with whom I served in Asia for just under a decade. My friend had fled her home on evacuation trains days before her apartment was destroyed by a bomb. And during all of this she received, translated and forwarded a message from another Christian in the very worst of war in Mariupol to inform our prayers. It read:

“…bombs just fall around a few meters away from the church. God controls these meters, and our windows only fly out, but we are alive… Pray for us! … there are holes through and through in the houses, everything is ruined! Schools are ruined... It is written in the Bible, ‘See that you are not alarmed…but the end is not yet’. But it's very scary... The corpses lie on the streets, they don't have time to collect them, or maybe they don't collect them... It's very challenging! Pray! Lots of looters! By the grace of God, people feed us twice in the church, yesterday I washed the children for the first time … Pray for us! May the Lord give wisdom to the governors, and they will agree... We don't know how to continue to live... The Lord is with us. He is mighty!”

In the midst of the terrifying horrors of war, this Ukrainian Christian didn’t reflect on platitudes about hope for peace or even turn to some of the more uplifting parts of the Bible. Rather he remembered verses 9 & 10 of Chapter 21 in Luke’s gospel where Jesus says:

“When you hear of wars and uprisings, do not be frightened. These things must happen first, but the end will not come right away.” Then [Jesus][ said to [his disciples]: “Nation will rise against nation, and kingdom against kingdom. There will be great earthquakes, famines and pestilences in various places, and fearful events and great signs from heaven.” Luke 21:9-10

In the context of Luke 21, Jesus is saying these fearful things will happen in the lead up to the destruction of the Temple in Jerusalem (in AD70) and right through until the end of this created world - when Jesus himself will return “in a cloud with power and great glory” (verse 27).

We worry about COVID (there are no guarantees that a future variant won’t be more deadly than anything we’ve see yet). We worry about the floods on the east coast of Australia and Climate change. We worry about Europe, and the potential flow-on of that to our Pacific region with real tensions brewing between China and Australia and its allies. And we are mortified by the war in Ukraine and the very real prospect that this could escalate to a worldwide conflict involving nuclear weapons.

Jesus’ prophetic warnings about these things always being with us have so far proved accurate. And yet, ironically, this can be comforting.

Perhaps the reason this Christian in Mariupol remembered Luke 21 while the horrors of war swirled around him, is that it makes it clear that ‘these things’ are not outside of God’s control. When Jesus says “these things must happen first” He means that ‘these things’ are all a part of His plan.  They are truly scary. But Jesus comforts and encourages His followers amid war, disasters and persecution by saying ‘don’t be frightened, I’ve got this, this is part of the plan’.  And in verse 19 Jesus says: “Stand firm, and you will win life.” Those who stand firm in Jesus will ultimately obtain eternal life regardless of the tribulations God’s plan takes them through. There is tangible comfort and hope in this.

Perhaps we could be asking our work friends what worries them about the world at the moment? Maybe in these times of tumult we have an opportunity to explain why Jesus is trustworthy when he says, ‘don’t be frightened’.

Please pray for Christians in Ukraine who are living this reality right now. That God would keep them safe, bring peace, comfort them, strengthen their trust in God’s plan and enable them to stand firm in faith through it all. Pray they can do good and be a blessing to the rest of their family, village, town or city. Below are some prayer points directly forwarded from my friend in the Ukraine. You may not feel comfortable praying all the specifics of each request – but use them to fuel for your prayers for Ukraine and its people.

Unedited prayer points from a Ukrainian Christian in Mariupol. Dated 13/04/22