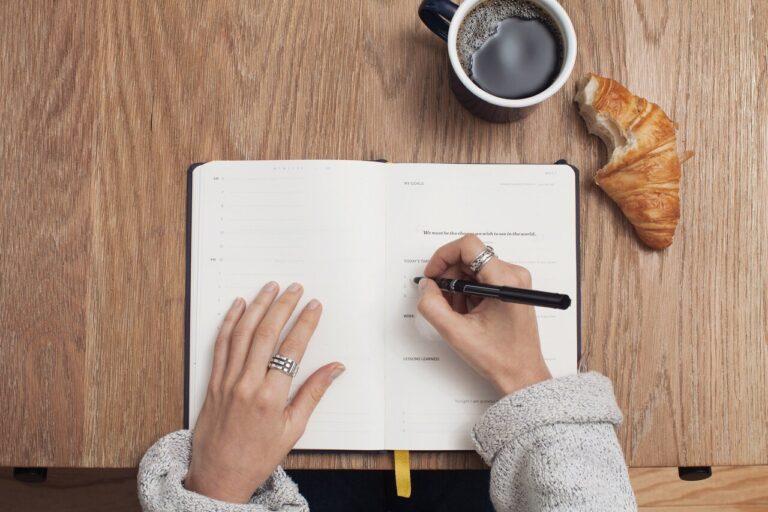 As an organisation aiming to impact workplaces, this piece gives a sketch of the biblical material behind the first part of Engage’s statement on work: “Work is broader than what one is remunerated for—it’s all a gift from God that gives humans dignity in His world, to care for it and serve each other in love and bring glory to God.”

In a twisted irony, multiple concentration camps set up by the Nazi’s in WW2 had signs across the front gates: “Arbeit macht frei.” Which in English means “work sets you free”. The bitterness of the sign was that indeed, work, work, work, you’ll be worked hard to death—then in death you’ll be free.  Each morning as prisoners marched under these signs to work outside the camp, they knew the implicit message of the sign.  But what if the phrase wasn’t sadistic, and in our context, indeed “freedom” and “work” could go together seamlessly?  In this post we’ll explore how the bible frames work, and how it contrasts to other views.

The Oxford dictionary defines work as: Activity involving mental or physical effort done in order to achieve a result.[1] This definition means all of us are in the game, the retired, children and the unemployed. Work in this definition is certainly more than just what one gets remunerated for.  But at an even more fundamental level are the questions: “Where did work come from?”; “Why ought humans be involved with ‘work’?”  Our answers to these questions are mostly assumed, and greatly influenced by the patterns that our parents had.  Yet the answers to these questions go a long way to determining the level of effort and sacrifice we will make towards work.  So let’s explore some ancient answers to the question “Where did work come from?”

The genesis of work

It has been said that “contrast is the mother of clarity”,[2] so contrasting some ancient ideas about where work comes from will give each of us clarity about our own thinking.  In the ancient Babylonian creation story, Enûma Eliš, there was essentially a war between the gods and in that process the world is made.  But once the universe existed the ongoing work was problematic, so Marduk, the leading god decided to create a lowly creature from the blood of dead, defeated gods, left over from battle—and this creature was called man.  This story frames the origin of humanity in a very unpleasant way.  It gets worse.  The humans are made with the express purpose to work, to be the Marduk’s slave force, working which is beneath him. This story places work as slavery, and so certainly not a good thing.

An alternative account for the origin of work is in the story of Pandora’s box, which is a story from Greek mythology. In this story the god Zeus gives Pandora (the first woman created on Zeus’ orders by Hephaestus) a box, with one condition: she isn’t supposed to open it, but curiosity gets the better of her and she does.  It’s a disaster.  Out comes death, decay; and guess what else… “work”. So in this story, again work is a problem, it’s bad by definition.  Framed in this story, there can never be any freedom in work, rather work parallels death—the destruction of life.

A key story for the Christian framing of work comes from the first stories in the book of Genesis.  In contrast to Enûma Eliš, work is not beneath the God of the Bible, and the created outcomes of His work are named as “good” or “very good”.  The need for work wasn’t a consequence of creation, it was the good impetus of creation itself.  Therefore, work itself is a good thing, and is about bringing order to chaos for the flourishing of life.  Another contrast to Enûma Eliš, is that the Bible places the origin of humanity as God’s deliberate creation; made in His image and the pinnacle of His creation as it’s the only part to be proclaimed “very good”.  Humans as God’s representatives, His image bearers in the world, are given the dignified purpose of continuing to work in the results of God’s work, to enjoy the blessings of creation and continue to care for it.  Genesis 2:15 The Lord God took the man and put him in the Garden of Eden to work it and take care of it.  There are three initial tasks given by God, to ‘subdue’ the earth (Genesis 1:28), to ‘work’ and ‘watch over’ the garden (Genesis 2:15) and to ‘name’ the animals (Genesis 2:19-20).

The Genesis story gives a remarkably dignified view of humanity position and role within the world.  From a biblical view, human work has the dimension of being part of God’s project, the further blessing and cultivation of his world: to care for creation; to personally enjoy the fruits of our labor,: and cultivate the world to bring further flourishing of life in ever expanding frontiers.   “Work” framed in this way elevates even tasks beyond the mundane, monotonous, into God’s project for creation—a following in His footsteps.  Today flourishing human life in God’s world continues to need skilled agricultural workers so that there is food to eat.  But agricultural work is not the only type found in Genesis. As the story continues, we see the development of skills that engage further with God’s created world: musical instruments (Genesis 4:21); metal work (Genesis 4:22); and building structures (Genesis 11:3).  It is these developments which extend Adam and Eve’s mandated agricultural work and care of creation, to other frontiers outside of agriculture.  This extension is taken to mean that ‘work’ from the biblical perspective extends beyond merely ‘subdual’ of the agricultural world to an ordering and reordering of other aspects of God created world.

A second way the Bible (the first being subduing, caring creation) frames the purpose of work is in a community aspect. In a letter in the New Testament we read

Anyone who has been stealing must never steal again. Instead, they must work. They must do something useful with their own hands. Then they will have something to give to people in need. Ephesians 4:28

The purpose of work here is bigger than simply what the individual gets out of it.  Here the purpose of work is explicitly for the blessing of others.  Good work then requires a good outcome on the community at large.  Unhelpful work, is that which divides, disadvantages, degrades and takes resources from others in the community who need them.  Unfortunately our culture often only focuses on one bottom line—the financial one.  Yet greater financial profits can often be coupled with (but not always) further inequality and injustice (for instance).

A third fame that the Bible gives ‘work’ is found in the way that Jesus talked about it.  As Jesus was in a habit of doing he tended to muddy nice neat categories that humans like to create.  In the context of a healing, on the day people in Jesus time where expected to rest (so he caused a scandal), Jesus said: “My Father is always at his work to this very day, and I, too, am working” (John 5:17).  Jesus point was that it wasn’t unusual for him to heal, to restore someone to fuller life on a rest day, that was what he is always about.  Importantly he isn’t advocating “working” 24/7, as we can see from his pattern of life, but emphasising God is always ‘working’ towards renewed, restored flourishing life.

In another incident, after Jesus performed the miracle of feeding 5000 men (so there would have been more in total) with just five loaves two fish.... he said:

“Do not work for food that spoils. Work for food that lasts forever. That is the food the Son of Man will give you... [the crowd] asked him, “What does God want from us? What works does he want us to do?” Jesus answered, “God’s work is to believe in the one he has sent.”

While we work hard for physical food, it doesn’t last.  Its impact is temporary, we hunger again in a couple of hours, and food itself spoils, going mouldy and rotten.  Here Jesus reframes “work” beyond the physical, and in the last sentence frames “work” as our task to be trusting/believing God in all things.  This mean not to be focused solely on what we do, but what the sent one—Jesus—has done for humanity.

Jesus therefore gives “work” a transcendent category, one of trusting God, and one about God’s work of redeeming human life for an eternity of flourishing.  To trust’s Jesus for work us is to receive bread (sustenance) that doesn’t spoil—from him.  Practically this revolutionises our perspective on ourselves and the world.  In terms of our work: we are God’s agents in the world concerned about our impact not just in the present but also for eternity.

A freer concept of ‘work’

A problem with any paid-work is that it can trap and take over our life, by becoming the one thing that demands more and more from us.  Modern work life can easily frame work similarly to Enûma Eliš and Pandora’s box. The author Michael Foley, someone who doesn’t subscribe to the Christian worldview, argues that it’s hard to find happiness in the modern world, because of how we approach it:

“Your job is your identity and status, your life. Long gone is the notion of work as a tedious necessity that supports the true life.”[3]

In contrast, the biblical story gives human work three dimensions (which can overlap): 1) the dignity of, caring and subduing God’s creation—that is ordering it at his bequest; 2) for the good of others; and 3) trusting Jesus for life now and eternally.

Everyone can be involved in each aspect, to different degrees, with different capacities, in different seasons of life.  The role each of us may have during a particular season in life could be an unpaid mother, church minister, or a company director—both, when framed biblically, can have a mix of tasks which can be categorized in terms of: ordering creation; for the good of community; and encouraging one another to trust Jesus.  Seeing our “work” within these three categories frames a freer work context, we aren’t working under pressure to gain more power or privilege, work isn’t providing meaning and hope for the future, instead we are freed to embrace the prestige of serving others while being involved in God’s project of ordering creation for the good flourishing of life—for the good of all.

Part 3: The moon, the workplace and the good news of Jesus