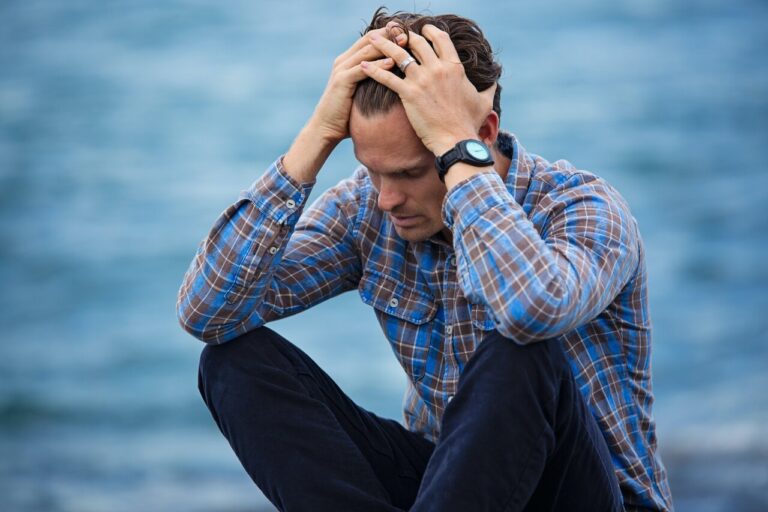 They are the two big R's. Retrenchment and redundancy. They are very similar in that you suddenly don't have a job anymore. However, in the former with "retrenchment," the company or organisation no longer has need of your
skills or abilities and they let you go. The latter means that the organisation has done away with your job role and position altogether (and therefore has no more need for you).

Either way, there is pain for most of us.

Of course, there are a few who actually relish the big "R's" and can't believe their luck in that they didn't like their job anyway and they get a nice payout which gives them time to look for a more satisfying job or gives them time to
change careers, perhaps go overseas and travel or even to re-train to work in another direction.

Mostly though, the "R's" give us hurt and they usually come "out of the blue". We just didn't see it coming. Sure, there might have been some rumours around, but all of a sudden, we're called to the boss' office and told, "We're letting you go." Wham! It's a shock.

Sadly though, even in this so-called advanced age, when HR practices are supposed to be enlightened, there are too many stories of inhumane practices, where people are herded into a training room, or called to the supervisor's office and simply told that this is the end and that they need to collect their belongings, hand in their keys or passes and are escorted by security to the front gate or door. Appalling. No other word for it, except appalling.

Interestingly though, what these companies don't get is that the rest of the staff left behind are watching, and watching hard. Morale plummets, productivity reduces and energies are diverted into survival mode. Forget too
about any loyalty from those left – it's survival of the fittest. Not a great culture to work in.

Regardless, how do we copy when the big "R" occurs? In short, it's a kind of a death. It's a loss. All of a sudden, we no longer have the security of a job and a pay check. We're all at sea, not to mention what it does to our self-esteem
when we often feel annihilated.

So, what happens to us when we go through this big "R?" Typically, these are the steps:

(1) Shock; we can't believe it. It's all so quick. "Is this really real?" Is this really happening?" "This must be a nightmare and when I wake up it will all be gone."

(2) Depression and Anger; depending on the person, they will experience feeling down; very down. "I feel kind of remote and lost." "Everything happens to me." "I don't know what to do." Following this, are the feelings of anger. "Those b_______." "How dare they." "I really didn't need this right now." "This is typical of that dump." So, some people feel the depression first followed by the anger and some the other way round.

(3) Resentment; this is long-term anger. Anger gets stockpiled and the person doesn't let it go. They blame and they whine (and normally to anyone who will listen which means that they drive others away and others get sick of hearing about it all). Staying in this mood means that the person gets stuck and may never move on. Sad, but true.

(4) Acceptance and working through it all. This is the key to surviving and thriving. At this point, the individual sees the cup as half full and not half empty. They see what has happened not as a crisis, but as an opportunity. In this stage, it is vital that the person turn their negative self-talk into a positive (eg. "I'll never find another job" to "This gives me the chance to explore new areas and you never know what I might find").

(5) Action; as I say to my clients, life rewards actions, not good intentions! Now is the time to revise the resume and maybe get some professional advice on what a good CV looks like. Check the internet and all the employment web-sites. Importantly, search companies that you think that you'd like to work for – many organisations have career sections on their websites because they'd rather employ those who come looking for them than vice-versa. Finally, talk it up. Ask your friends, neighbours, family and anyone you can think of if they know of any jobs going. There's no doubt that the network works! And keep asking until you get a job.

Jason was a young lawyer who was quite devastated in that he was called into the partner's office one Friday afternoon and told that the firm no longer had need of his services. He hardly had time to say his farewells and he was out of the door. He knew that work in the commercial sector of the firm had slowed, but it still came as quite a shock especially since his last staff appraisal had been so positive. He was in a daze. He walked to his car in the car-park and just cried. He had gone to University and studied hard and then was delighted to get his first "real" job which he'd had for five years now. He had expectations of being promoted up the firm. But now this. His world had come crashing down. He described himself as being "lost". He said that his self-confidence was "shattered". His family said that they were worried about him; he wasn't himself any longer and seemed down.

I went through the steps of what a person normally goes through in this kind of situation. I reassured him that his feelings were quite normal; he wasn't going crazy (he just felt like it!). He also needed to understand that the economic downturn was not of his making; the firm make a financial decision and he ought not to take it all personally.

We spend some sessions looking at this self-talk and how he could turn around the pessimistic negative self-chatter into something more positive. We also looked at his self-confidence and how he could re-create a more positive
self-picture. He mapped out all the people he could contact to ask about jobs and I suggested that at the end of the conversation, that he get permission to call them again in about a month if he'd heard nothing from them. He also set out a routine of exercise and fitness at the local gym (he'd been working long hours and had dropped his fitness).

He slowly gained emotional, mental, physical, and spiritual strength over about nine weeks before a mate of his heard about a job going with an interstate firm. He contacted the firm who interviewed him. He was ultimately
successful.

It's not what happens to you that's important, it's what you do about it that's really important.

Dr Darryl Cross is a clinical and organisational psychologist as well as a credentialed executive and personal coach. He is also an author, speaker and guest university lecturer. Dr Darryl assists people to find their strengths and reach their goals. He also leaders to find effectively communicate and lead as well as grow their businesses, become more productive and create positive cultures. Further information on Dr Darryl can be seen at www.DrDarryl.com and at
www.LeadershipCoaching.com.au